Dr. Shalette Dingle, our Chief of Staff, is originally from Staten Island, New York. After graduating from Yale University in 2010, she went on to obtain her DVM degree from Cornell University in 2016. Dr. Shalette moved to Ohio and joined the Delphos Animal Hospital team in August, 2018. Over the years, she has worked with a variety of different animals, including injured wildlife. Prior to moving to Ohio, Dr. Shalette practiced mixed animal medicine in the Green Bay area.

Dr. Shalette and her husband currently have two brindle Cane Corso dogs named, Tiger and Bear. She is excited to join the team and practice companion animal medicine and surgery. 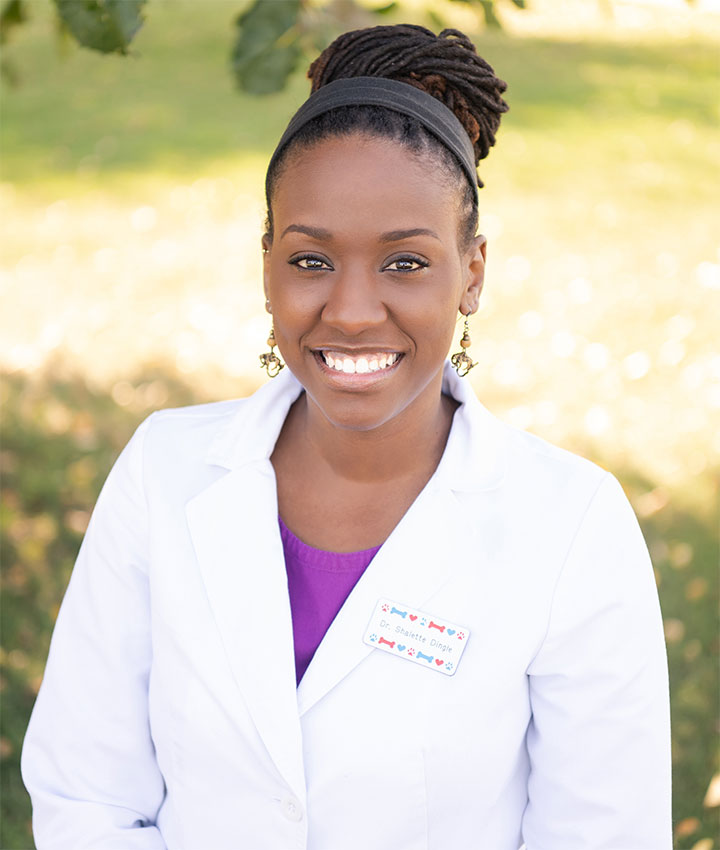